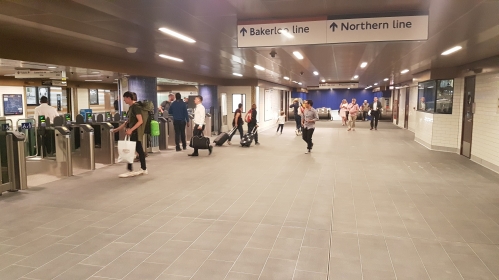 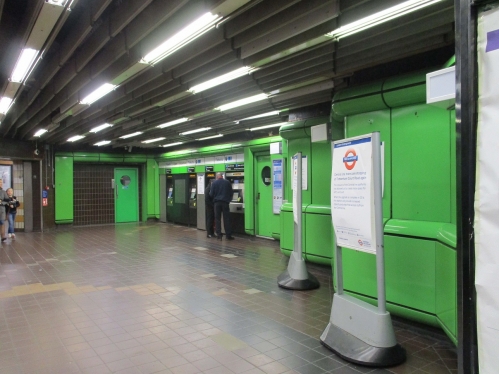 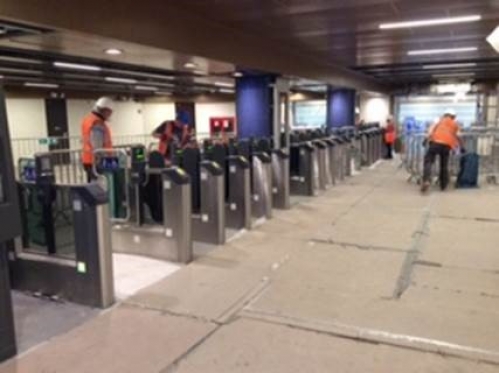 Charing Cross Northern line ticket hall has just reopened to the public following closure in September 2016. Under LU's integrated Stations Programme, the 1970s ticket hall, which is the larger of two at Charing Cross, was brought up to a modern standard. It underwent a number of changes including new tiling and finishes, a new straightened gate line with more space at the top of the escalators and improvements to communication systems and lighting.‎

Prior to the work commencing Mark Wild, Managing Director of London Underground, said: `The Northern line ticket hall at Charing Cross was opened in the 1970s, and now feels tired and unwelcoming. This work will improve the ticket hall, making it bright, modern and a better place for our customers to pass through. It will also make the station fit for the large number of passengers that pass through it every day and future-proof it as the demand on the Tube increases while London continues to grow.

Fourway were responsible for delivering the station communications which included a replacement PA system based on new intelligibility modelling and a new camera system providing fully compliant coverage of the public areas.

We undertook the work direct to LU through our 5 year STAKE framework. Under this contract LU directly manage the different disciplines from design through to construction.

Our Project Manager, Nick Wiley said "A key way we can add value is to proactively co-ordinate with other trades. I attend multi-discipline forums where I can raise issues that might cause my colleagues in other trades delay or additional cost. Our aim is to lessen the burden on LU and risk to the overall programme."

Over 20 million passenger journeys are completed each year at Charing Cross, with over 62,500 journeys passing through the station every weekday. The work at the station will also create new retail space and a new, larger entrance to the Northern line ticket hall.